The Iranian Central Bank: We have reached better methods of providing foreign exchange and selling oil

Yo mama.    Yes, let people believe in (hype) a "hail mary" with massive inflation, and a sick, corrupt core of government that's been that way since the shah took over.    Another

I have God, current news, a passport, and faith, unlike you. 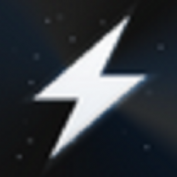 the purchase of Iranian currency or goods remains illegal, and that also means exchanging, good luck