320 US Marines only 5 miles away??? Need I ask what idiot is holding them back? Good grief... they must be beside themselves!

What a bunch of freaking MORONS. All your doing is PISSING OFF THE ENTIRE WORLD. But hey keep it up, sooner or later everyone will call for the eradication of Islam All together. 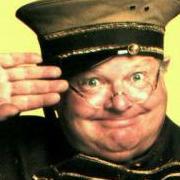 These guys gotta die. simple as that. Every single one of them. Now. By any means.