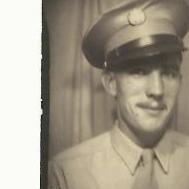 These animals....and you act like an animal don't get upset when people call you an animal, protest everything.  They really have NO RIGHT since Jerusalem has always been part of Israel.  You are just

Only the hateful, bloodthirsty, baby killing lefties and their Prophets of Baal in the media would call that a peaceful protest. All those Jezebels in the media have blood on their hands and they

And you know I respect your opinion as well, Caz.....I'm merely pointing out that childish name calling (ex: stupid idiot) is a blatant breach of forum rules....rules we all agreed to, paying and non-