What we didn't do. 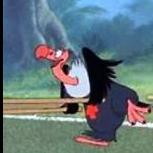