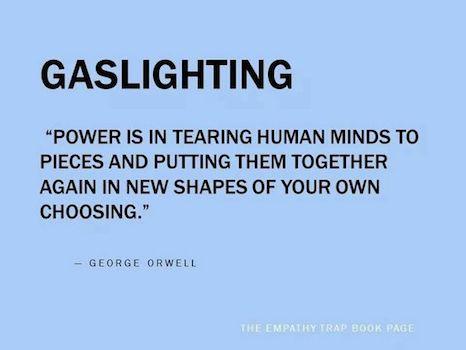 Sifting through the tumultuous aftermath of President Donald Trump’s election, a former clinical psychologist steeped in understanding cultural Marxism, shares his observations on how Democrats are working to distract and delegitimatize Trump.

According to Tim Daughtry, co-author of “Waking the Sleeping Giant,” our elections since 2010 demonstrate citizens want Washington to stop governing against the will of the people as it drives the nation towards liberal progressive socialism. The clear 2016 ballot box message, he says, was “change course, secure our borders, get rid of Obamacare, put in some free market reforms, get our economy going again” with this man, who has never held elective office.

Daughtry says America is clearly facing a crisis over the “consent of the governed” as citizens demand a responsive national government, just as the British turned from globalism of the European Union in their surprising Brexit vote last June. Trump’s inaugural address echoed this very theme as, to cheers, he promised to transfer power back to the citizen, from a small Washington elite.

“The establishment protected itself, but not the citizens of the country. Their victories have not been your victories,” Trump said, echoing his defense of the “forgotten man and woman” who elected him.

If Washington’s swamp-like behavior continues, Daughtry predicts “conditioned helplessness,” apathy and the surrender of America being founded on the core principle of the “consent of the governed” as elections will demonstrate to have no consequences.

Daughtry reveals three political warfare tactics of the left being used in our culture and politics to distract and delegitimize President Trump – a “pig-pen strategy,” vilification campaigns and gaslighting.

The “pig-pen strategy,” from the old “Peanuts” cartoons, comes from the efforts to throw a cloud of innuendo, doubt and even the impression of corruption around Trump.

The rise of vilification campaigns, as taught by Saul Alinsky, is reducing our civility as Democrats try to destroy, not debate, those who disagree with them, Daughtry explains.

Gaslighting is on display as arguments like the “Russians hacked the election” or “Putin is controlling President Trump” attempt to manipulate public opinion. Reality dislocation techniques can erode Trump’s approval ratings so as to slow the bold Trump mandates.

Daughtry suggests Republicans go on the offense with Russia, citing an example from “Clinton Cash” where Russians gained enormous power over America’s uranium, threatening our national security interests through donations to the Clinton Foundation. If Republicans would just expand the Russian investigation, Americans could get to the bottom of Putin’s use of foreign money and insiders to influence policies, not just our elections.

Commenting on our culture and the sensitive “snowflakes” on American campuses, Daughtry says no violent revolution was needed to hurry along a socialist America. Instead, cultural Marxists have pursued a “long march through the institutions” that has America on the tipping point to socialism now.

“They have pushed through our cultural institutions. They have eroded individual liberty. They have separated the American people from the idea of our Constitution, and our founding ideas. They are so close to the socialist agenda right now” that Daughtry says he thinks that even if Ohio Gov. John Kasich or former Florida Gov. Jeb Bush had been elected, they too would be framed as “fascists” from the Democrat’s playbook.

Daughtry has only one suggestion after praising Trump for his early efforts to secure the borders, bring about regulatory reform, confront political correctness and submit a bold federal budget and reform plan. The president has the capital to confront the “deep state,” — the shadow government and permanent bureaucracy trying to sabotage his presidency with malicious leaks and slow-walking of proposals.

This former psychologist also thinks Trump got bad advice on supporting Obamacare-lite from Speaker Paul Ryan. Instead of fighting the House Freedom Caucus Republicans, which represents his allies and the “forgotten man” voters who want less government, the White House should have started bold with free market reforms, and then, worked left for adding votes. But he has faith that Trump will learn from his error.

At the end of this exclusive video interview for The Daily Caller News Foundation, Daughtry gives an encouraging pep talk to citizens who are demanding their government listen to them.