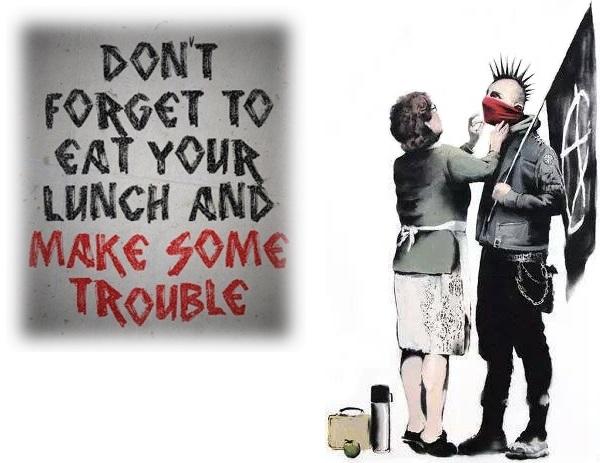 What is Up With the Violent Left? 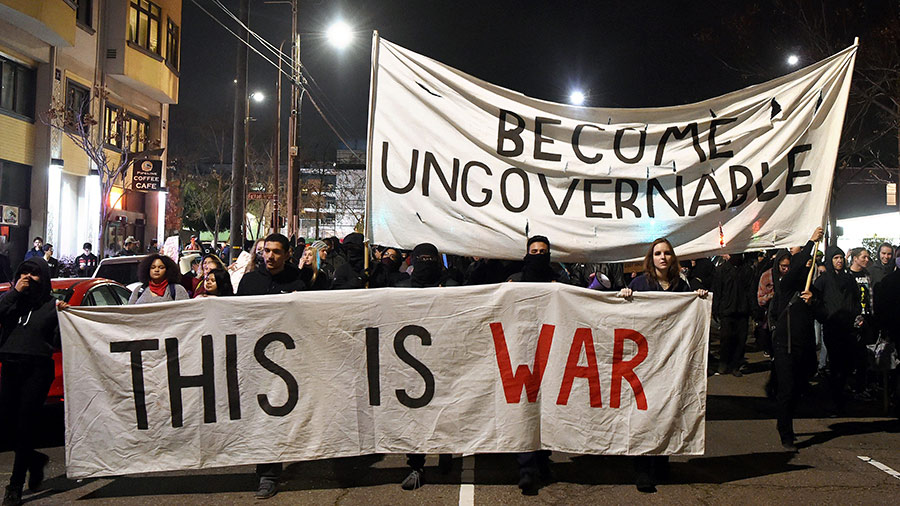 Protesters march with signs in Berkeley, California on February 1, 2017. Violent protests erupted on February 1 at the University of California at Berkeley over the scheduled appearance of a controversial editor of the conservative news website Breitbart.

Progressive activism has a history of violence, and it’s getting worse. Activists have blockedpeople from attending talks by conservative speakers. Ann Coulter got a pie thrown at her. Leftists aren’t the only ones throwing fists, of course. But lately it seems there’s been an uptick in violence from their side of the spectrum.

There are always fringe elements in any large political bloc. But most people on the mainstream left used to oppose such violence. Recently, though, that’s changed. When Richard Spencer got punched in the face, one leftist defended the attack as a “civic duty.” The New York Times wasn’t sure there was anything wrong with it. Liberals celebrated on the internet with memes and games.

When students and others rioted at UC-Berkeley, cutting short a speech by Milo Yiannopoulos, some faculty members downplayed the violence. The city’s mayor questioned Yiannopoulos’s free speech rights. Some celebrities openly supportedthe violence.

Why are people on the left accepting violence more now? The obvious answer is Donald Trump. Many tie him to racism, sexism and ethnic prejudice, among other faults. Chances are they would connect any Republican president to such ills. But Trump is different. He’s a more serious threat, since he symbolizes the rise to power of people they think are going to ruin society.

Activists on the left have developed a conspiracy frame of mind. They imagine conservatives want to take us back to a dark age where all non-Christian faith is banned. They believe people on the right want a society where whites freely mistreat non-whites and men mistreat women. They see the rise of the right as a threat to science and rational thought.

As long as the left sees the right as backward people trying to bring back the Inquisition, it should be no surprise that some will try to justify violence to put a stop to it.

In my research I found that many progressives think political and Christian conservatives are stupid, bigoted and intolerant. They may admit that not all of them support violence. Commonly, though, they see themselves in a political battle that they lose at their own peril.

One person I surveyed said, “Some of this group wants to establish a theocracy and to have all laws and rules confirm to Biblical law. They will use any means to accomplish their goal to undermine democracy, so that their theology can dominate.” Another said conservatives “want to return to the Dark Ages of ignorance … to abolish the Constitution and re-instate … a Christian version of Sharia Law.”

These views were fairly typical in the group I surveyed, and they’re common on the left. I believe they’re also common among those who engage in these violent protests.

Granted, Trump doesn’t have an image as a Christian, or even as a solid conservative. Still, for the left he signals the rise of forces they think would ruin our society.

As long as the left sees the right as backward people trying to bring back the Inquisition, it should be no surprise that some will try to justify violence to put a stop to it.

Of course people are free to disagree with the goals and aims of political opponent. Of course they’re free work against them. But it’s irresponsible and bigoted to promote the type of prejudice that moves people to commit political violence.

Leftists generally agree stereotyping is wrong. Let’s hope they’ll soon take a look in the mirror. They need to see how they’ve stereotyped conservatives — and how it’s led to violence within their own ranks. If they don’t, even more violence is likely to result.