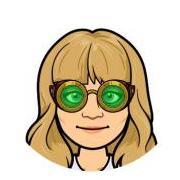 Sounds like Bagdad could get sued internationally. Bagdad should have just done an HCL, right? Even the land that Bagdad and Kurdistan region squabble about doesn't seem worth it compared to this mess