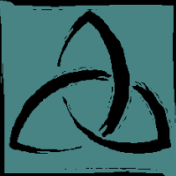 For ENTERTAINMENT PURPOSES ONLY:   HERE, prayed AND told, is a quote from three (3) daze ago!!!     Pretty Sure THERE WERE AND ARE QUITE A FEW SATELLITES "tracking" AND "targe

Ya'll I'm thinking this will have struck the Mullah's to the Core!  Soleimani was their protection, he kept them in power.  I would say he was at least the 3rd most powerful man in Iran.  IMO, there a

This has nothing to do with Race and everything to do with an ungrateful, sad soul, trying to sell some sneakers.  I’ll never ever buy another pair of nikes for giving this Anti American Racist a foru