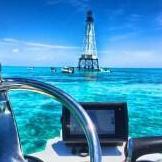 Sorry Utah, you seemed to be on a roll, but I couldn't get past your comment "Political Correctness...Do you even understand what that means"? I might ask the same of you, as it seems your unders

I'm so sorry you were offended but I thought I would make a joke since everyone else is so uptight about all this politics. Truth is I wish everyone was as offended in the early nineties with all the