Tonys newest CRAZY TRAIN ramblings, this is so crazy it's actually ENTERTAING 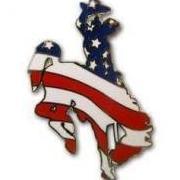 FIRST OFF, HE DONE WENT OFF THE DEEP END. IT'S NOT LIVE, AND NOT IN KUWAIT. I GOT PEOPLE THERE, I DONE CALLED THEM. AND NO.

I feel faint after reading that...wow. Such a strong stench of Bovine Excrement!!! Does he really think anyone believes this at all?