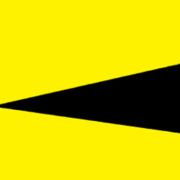 This is a momentous moment for Iraq.  I don't know about you guys but I am feeling quite emotional about this.  I remember when Bush announced the planes were on their way to bomb Iraq and I felt so s

Landmark Day, all in the past of Chapter 7...Relations with Kuwait will be of Honor, Iraq is a Rich Country of much Wealth...We are United to confront challenges of Region...Secure social Harmony ..