By Bumper64,
in Natural Cures and Health Talk

Has anyone heard of this before and any conformation if this really works? This would be AWESOME is this is true!!! "10000 times stronger killer of CANCER than Chemo".. do share it.. can save man

I know for a fact that we have members here at DV that are fighting this terrible disease and if this could help them one little bit I would be very happy!! 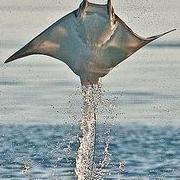 Hey Bump I used it in a mix of different natural remedies to beat prostate cancer. I only had access to the dried leaves to make tea with at the crucial time. It made my blood count for various things