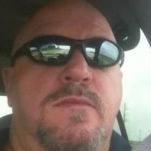 I worked in Iraq for 3 years as a contractor in medical and security supporting our troops. I can tell you of 2 incidents where weapons of mass destruction were discovered in Iraq. In both instances

surfpunk, do you mean these WMDs? (see article below). And the next time you talk with a military person that lost a loved one in the "war", or a soldier that lost a limb or their mind, one of those

Hey Carrello, I have no particular disagreement with you, but you must be reading the personal accounts of the guys that are, and were there in Iraq.....There is no question WMD's were and some may