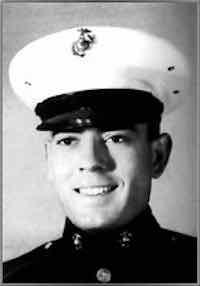 What is it with these people?  Dan Rather has a credibility problem.  What kind of ego makes him think anyone wants listen to him?

Another Dan Rather Scandal

Ever since his forced resignation in disgrace, Dan Rather has continued on a downward spiral. His career, such as it is, has been kept alive by appearances on the Rachel Maddow show on MSNBC, where he takes potshots at his former employer and President Donald Trump. It is a sad spectacle.

Rather has now suffered another major embarrassment. The former anchorman of the CBS Evening News has been accused by a website devoted to exposing military corruption of falsely claiming to have been a member of the U.S. Marine Corps.

It has been known for years that Rather was discharged before he finished basic training. Those facts were established by investigator B.J. Burkett in his book Stolen Valor.

“In our exclusive story, we interviewed a senior retired Marine noncommissioned officer who was in around the same time as Rather claimed to have been in the Marines,” MacDonald said. “He told us the photo in question probably was the result of a policy the Corps had then of putting a blue blouse (from dress uniform) and ‘white cover’ (the saucer cap) on each ‘boot’ several weeks into their training to make sure the Marines had head shots of members of each training cycle to use for the Marine yearbook each successful Jarhead received at completion of USMC boot camp.”

So how did Rather get his hands on his photo, especially when he failed to graduate back in 1954?

That is the photo that Rather somehow obtained to use in his book so he could claim to be a “young Marine.”

“Dan Rather has written several biographical books over the past 40 years, but this was the first time the Texan climbed out on a limb and portrayed himself in print as a onetime member of the Corps,” reported MilitaryCorruption.com “It was a risky move, as Dan knows he didn’t graduate from boot camp.”

MacDonald said the photo used by Rather in his book was Marine Corps property, not his to use for self-promotion. So how did Rather get his hands on his photo, especially when he failed to graduate back in 1954?

We left questions about this with Rather’s new website, www.newsandgutsmedia.com, but have not received a response.

MacDonald tells AIM that the story has to be set straight for the sake of all of those who did serve. “I remembered all the Marines I had known over the years, some of them now dead, who would spin in their graves to know such a self-righteous phony was trying to trick Americans into thinking he was once part of their beloved Corps,” he said.