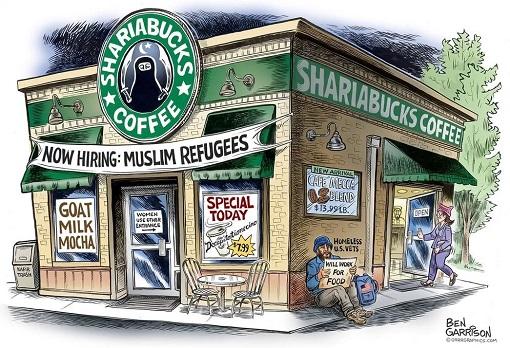 Starbucks to conservatives: Please come back

For years, Starbucks CEO Howard Schultz has thumbed his nose at conservatives – and it has hurt sales.

Now Schultz is on his way out the door, and the company wants conservatives to come back.

After five straight quarters of decreased sales, Schultz is leaving his post as CEO and will be replaced in April. Additionally, the coffee company wants to make things better with Trump supporters.

Starbucks on Wednesday announced a HUGE expansion of their veteran hiring program, which Fortune Magazine reported is an attempt to make things right with conservatives.

Financial analysts have put at least partial blame for Starbucks lackluster sales growth on Schultz’s outspoken liberal activism – which dates back to the early days of the presidential primary.

Donald Trump called for the first boycott at a campaign rally in November 2015 following the controversy surrounding the coffee maker’s non-denominational holiday cups.